Most camping gear used with trail riding is standard stuff normally used for other camping. However, there are a few details and issues which are important to take into consideration.

One issue is weight. If you’ll be operating out of a base camp, you may not need to have gear that’s as light weight as a backpacker would carry, but weight is still a consideration horse packing.

Another thing to consider is what time of year you’re going and what elevation. Backpacking and regular family-style nylon tents are usually fine in most of the state in the middle of summer. Many horse packers invest in a good quality canvas tent, though, because they’re usually warmer and sturdier for weather extremes in the spring and fall. Canvas tents are the only ones you can heat with a wood stove whereas nylon will melt if exposed to a flame.

The third thing to consider is what type of ground will you be setting the tent. Open country requires a firmly anchored tent and if the county you’ll be in is rocky, you’ll use a different kind of stake than the type you’d use if you’re camping on sand or loose soil.

Essentially, though, there are three kinds of tents to consider when planning to go trail riding: the ones which rip in the first hard wind, 2) the ones that collapse in the rain and 3) the ones which can’t be staked down). 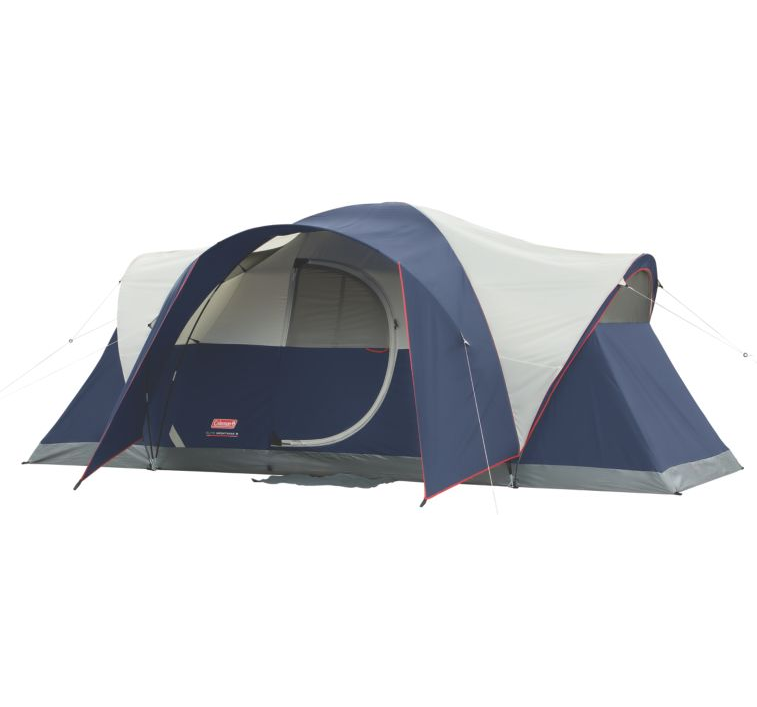 This is the style of my favorite summer base camp tent. When the kids were teens we had a Coleman like this which seemed roomy enough to park a Volkswagen. It had decent head room and three interior sections. We never tried sleeping six or eight people in one. Three people with room for plenty of gear was about right.

The design held up in many northern prairie thunderstorms. One time we came back to the tent and found the floor floating on three inches of water with only condensation inside the tent.

What gives out first on this style are the top arch supports which split in a high wind will rip the center of the rain fly. When that happened to us, duct tape was applied, but alas, the effort to repair “rip stop” and keep it from ripping more was futile, to say nothing of trying to find replacements for shock-corded graphite poles. Considering that particular tent had lasted more than 60 days of being exposed to either mid-summer sun or gale force winds over the course of two summers, I kept what was left, tossed what was broken, and bought a new one.

The model shown here has the added feature that it has its own built-in lights which use the power source of a CPX® 6. (A Coleman lantern.)

A product review on the company website from a customer in Havre, MT, states: “We purchased this tent several years ago and consider ourselves avid campers. This tent is terrific! We love the bathtub bottom, the hinged door, the roll up windows, and the removable rain fly! We camp in northern Montana in early spring to late fall and haven’t been disappointed yet. It does help to have two people for the initial set-up. You stay very warm and the light gives enough glow to find things in the dark. We’ve never had a problem camping in the rain or cold, we stay warm and dry in here.” 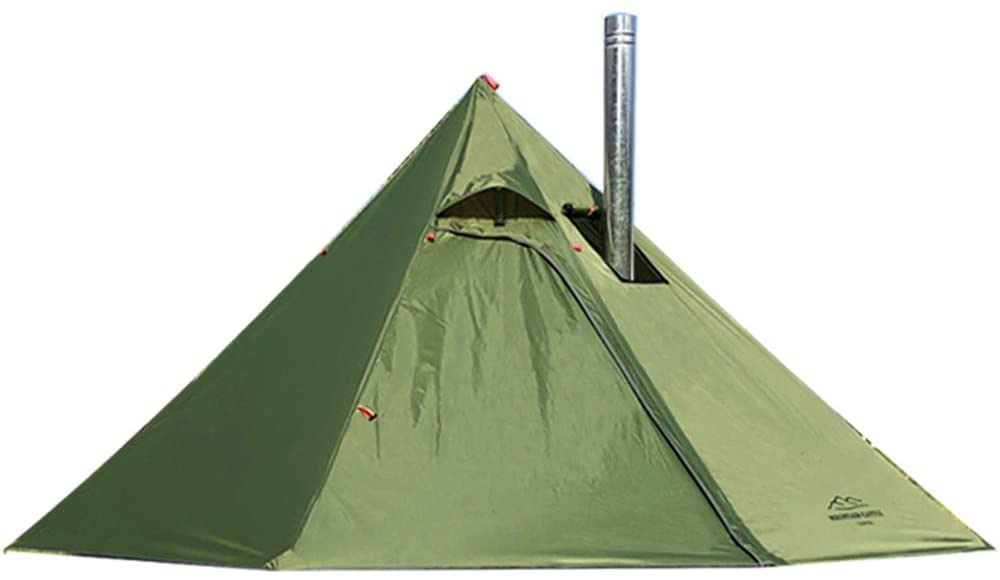 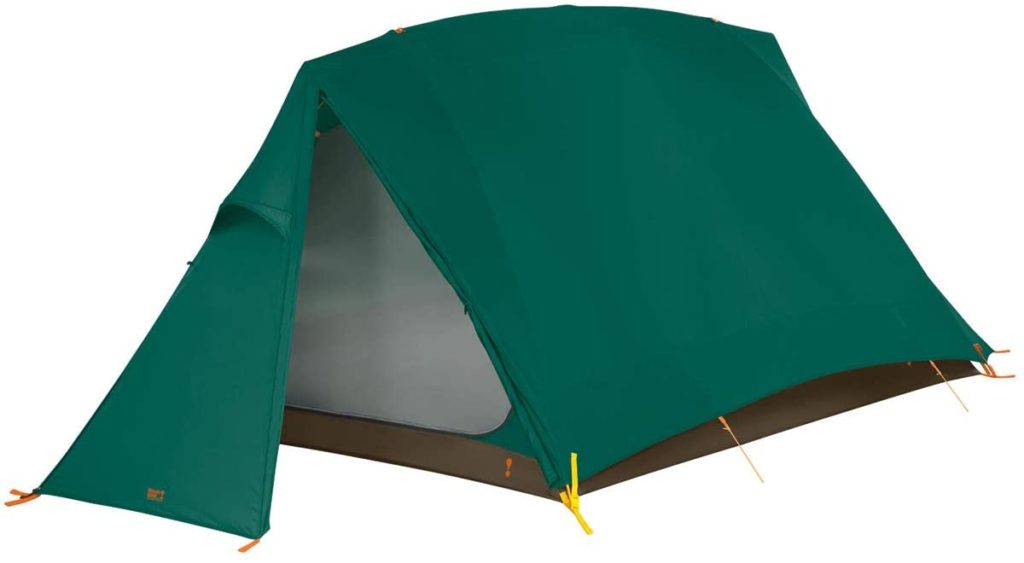 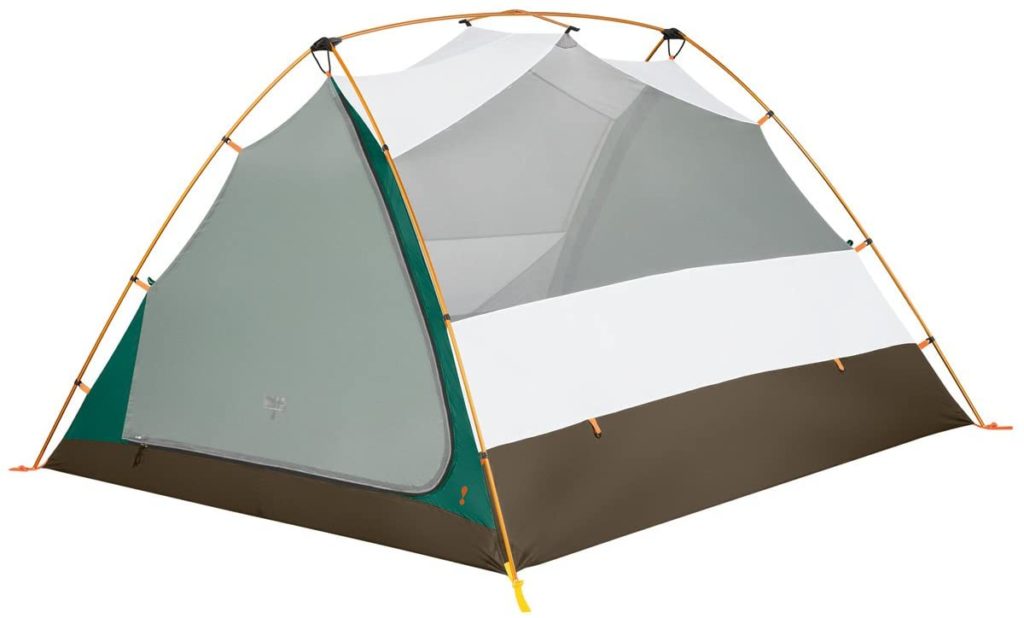 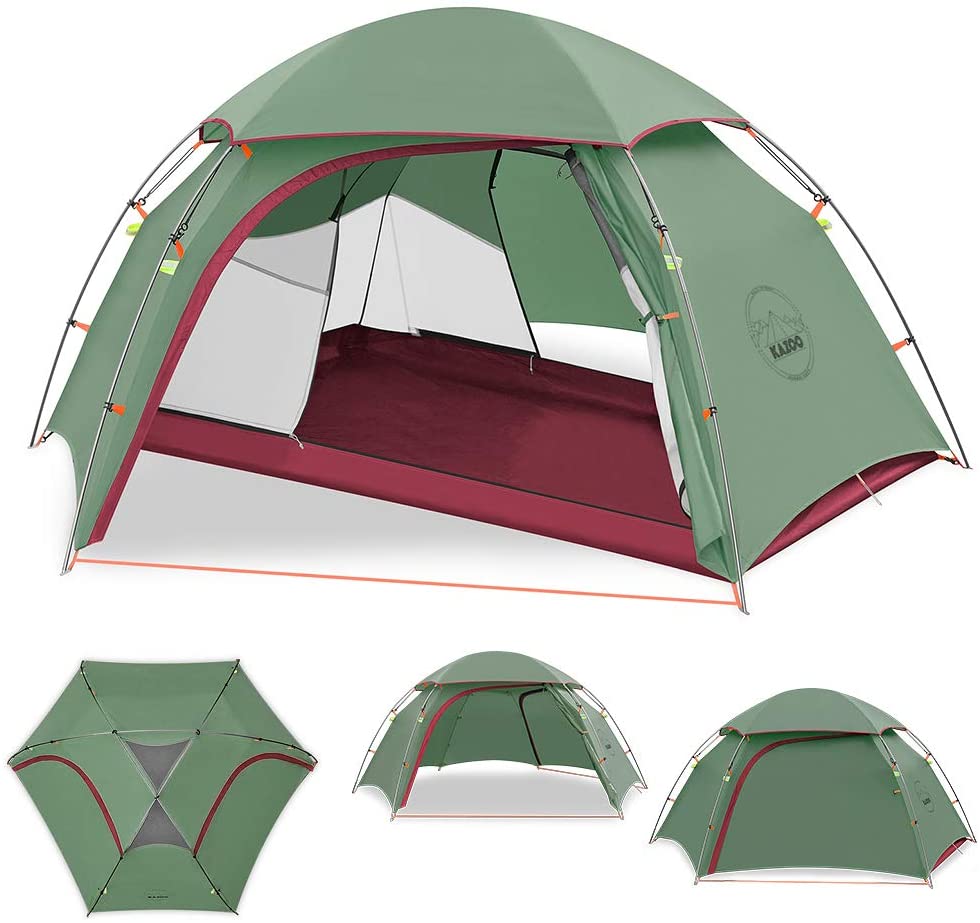 No, I don’t recommend sleeping in a cowboy’s bedroll on top of sweaty horse blankets lying on the ground, but if you’re desperate, it works. At my age, my requirements for bedding include a sleeping bag rated for the lowest temperature we’ll be experiencing and an insulated ground pad ON TOP OF a cot which is build for the biggest man available. I’m not a big man, but once I discovered the combination of insulated pad on elevated cot, I was sold. Darn thing is almost more comfortable than my bed at home. When it comes to sleeping bags, I’m not impressed with down. The first winter bag I had was old WWII army hand-me-down from my dad who had weathered two winters in Alaska in it. Needless to say, it wasn’t high tech. Today’s sleeping bags are hands-down awesome, particularly the ones that zip on both sides. Through any of the inflating, insulated ground pads on a cot and it immediately becomes more comfortable and many times, you don’t need as warm a sleeping bag because your body isn’t losing any heat to the ground. Three pet peeves I have about certain cots: One, some of them can actually be quite hard, at least until they loosen up, and then they can get downright saggy. Two, some of them can be very tippy, especially if you forget and sit on one end or other. Three, I hate to hit my arms or shoulders on the metal bar along the sides whenever I turn over in my sleep. Sometimes that can be corrected simply by having a wider ground mattress over the top.​ 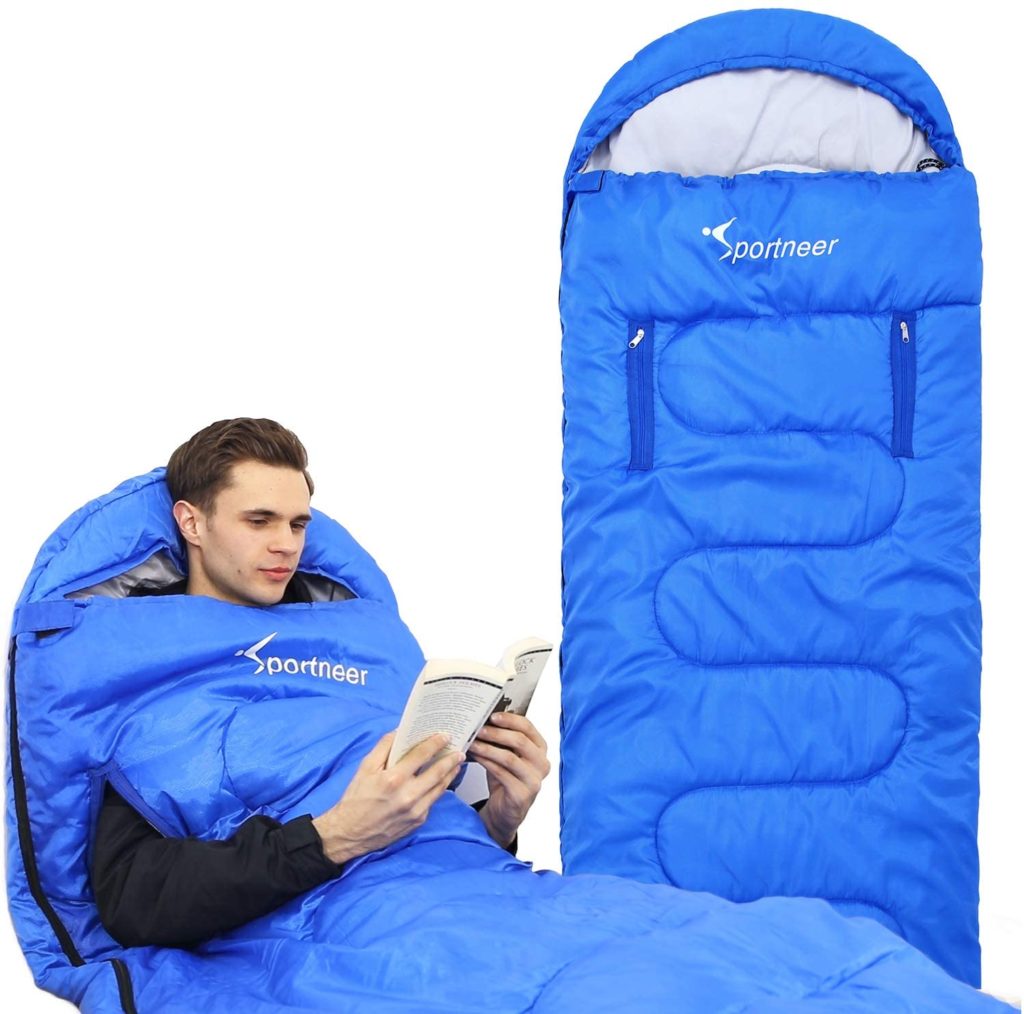 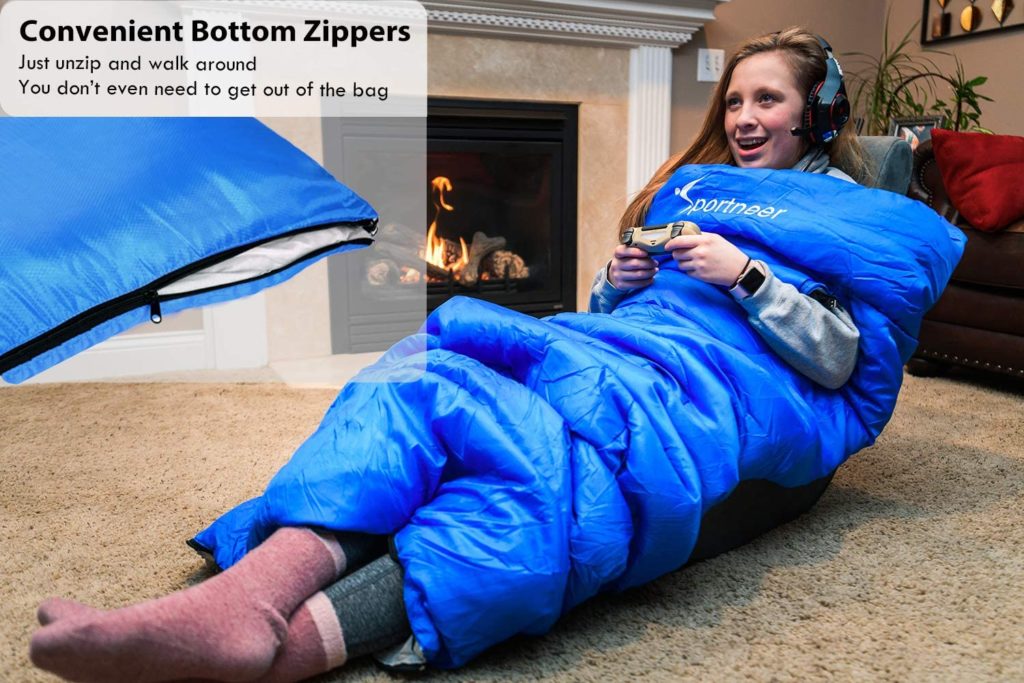 This isn’t the warmest bag around, but after sleeping in one, I’m about ready to cut slits for zippered arm holes in my high-end winter bags.

If you’re young, you’ll need a ground pad to sleep on not so much to cushion the rocks below the tarp floor, but to preserve your body heat where the insulation gets squished in your sleeping bag between you and the ground.

If you’re not young, You’ll want a ground pad to lay on your cot for the same reason: to keep you warmer. Don’t pay any attention to the looks you get from “hard core” campers critiquing your taste for luxury. It’s horse camping. If you have to bring an extra four legs to tote your cot and mattress, it’s worth it. 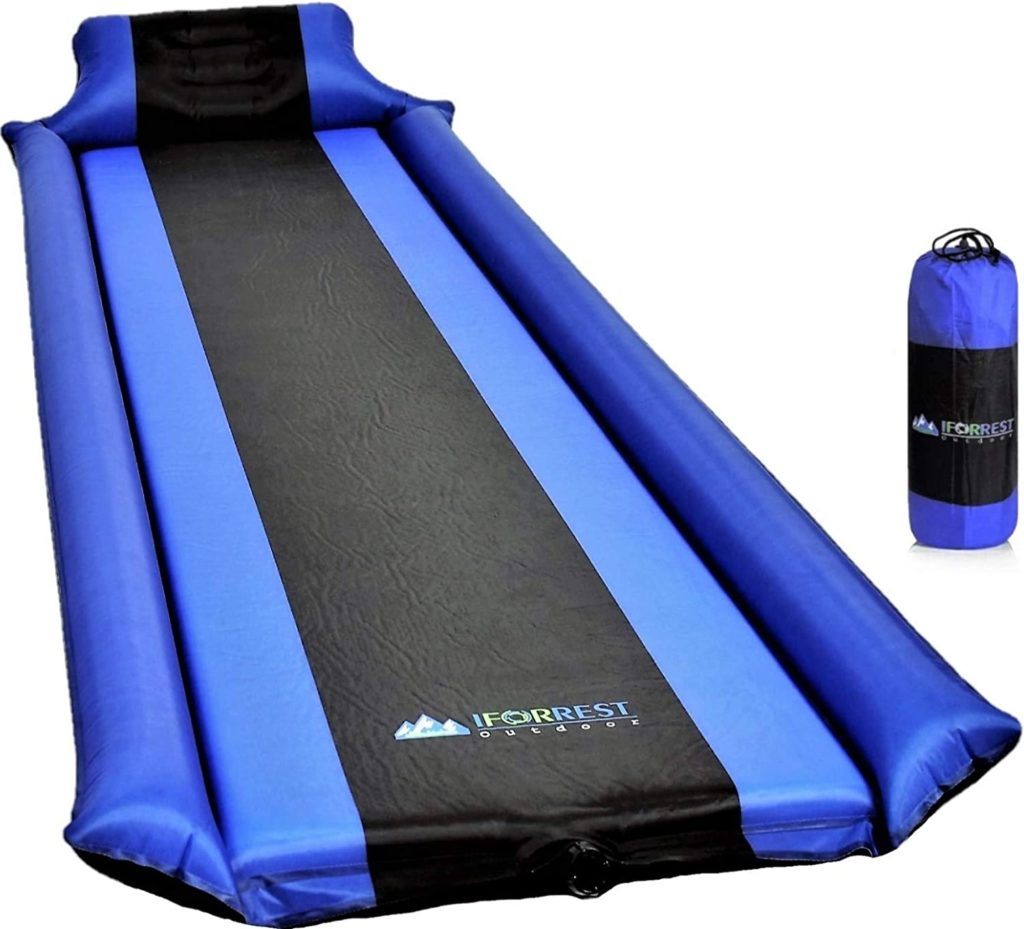 The wider the cot the better. Enough said. 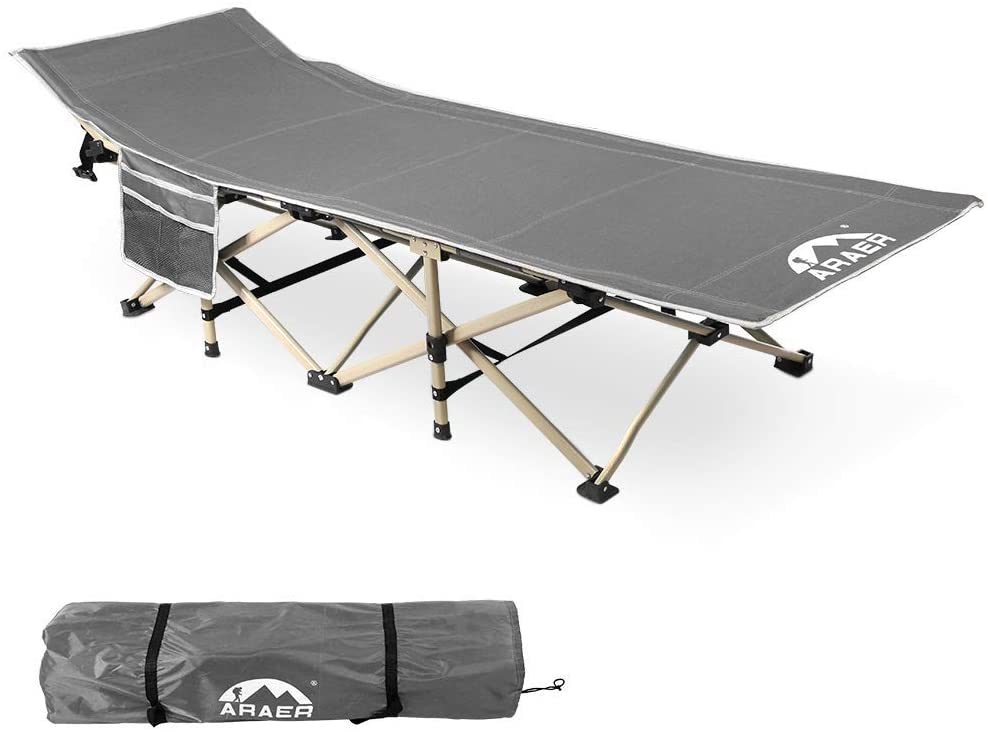 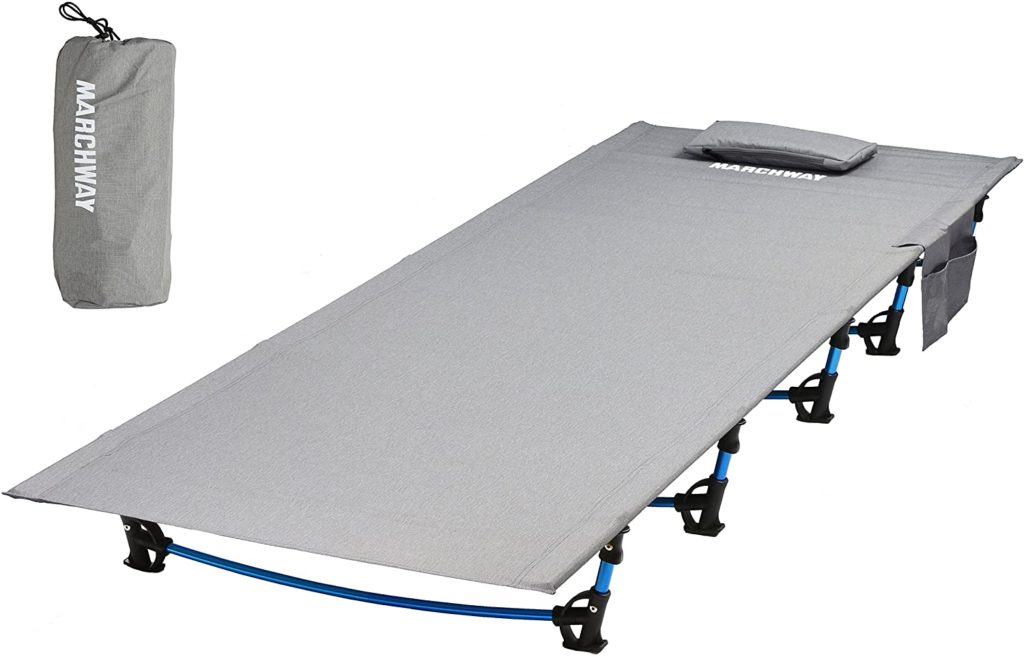 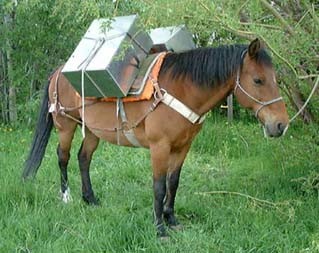 Special bear-proof panniers made in Montana at www.bearcountrycontainers.com.

Bear containers and bear spray are must-haves for a large chunk of Montana wilderness areas. Even if there are few grizzlies in an area, our state is the home to plenty of brown bears who are perfectly capable of becoming nuisance bears.